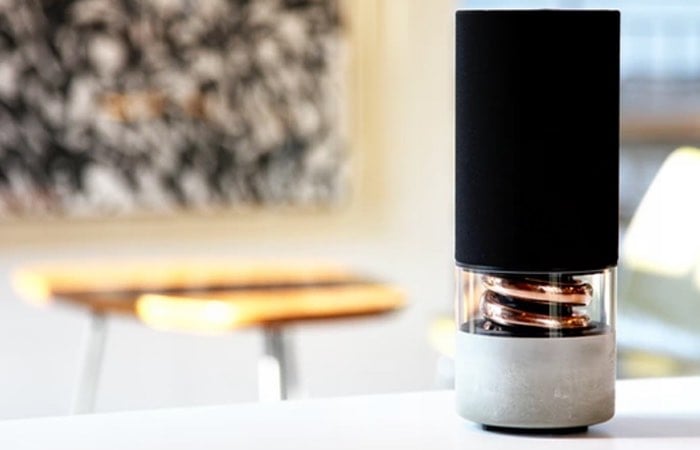 If you were disappointed after the first Kickstarter campaign for the Pavilion wireless speaker was cancelled, you may be pleased to know that Hult Design has once again launched a campaign to raise the $70,000 it requires to go into production.

The Hult wireless speaker and D-Spiral acoustic system first launched Kickstarter back in September but was unfortunately cancel before the campaign completed. However rewards are now again available to back priced from $229 for early bird backers.

Watch the promotional video below to learn more about the Pavilion wireless speaker and D-Spiral acoustic system from its creators Hult Design, who explain a little more :

We tried to disconnect ourselves from old clichés and make an original approach from different perspectives. Our team looked through some of the greatest modern architectures designed by Mies van der Rohe, Ando Tadao, and Frank Lloyd Wright. We studied how these architectures were constructed with modern materials and designs.

In the process of designing the speaker, we were captivated by the attractive curves and a glossy finish of brass instruments. We studied the instrument’s curvature and integrated it to our spiral copper port design. The spiral inside the clear wall is breathtaking and makes it attractive from 360 degrees.

Speaker base is made with a high-density concrete used in modern architectures. The base firmly holds the speaker in place preventing acoustic loss from any vibration. The elegant surface finish goes smoothly with the surrounding flow.

For more information on the new D-Spiral acoustic system jump over to the Kickstarter website for details, full specifications and to make a pledge from $229.