No one will argue that SSD offers more performance than a traditional hard drive when it comes to storage. The SSD allows you computer to boot faster and launch programs faster as well. For the gamer, that means less time waiting for less time for your levels to launch. Patriot Memory has two new SSD’s that it unveiled today. 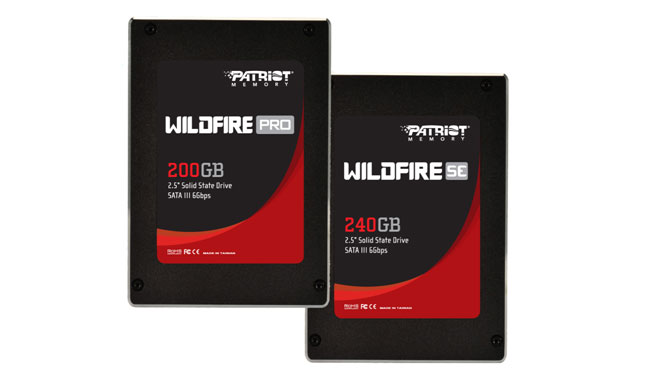 The SSDs include the Wildfire SE and the Wildfire Pro. The two are virtually the same with read speeds of up to 550MB/s and read speeds of 500MB/s. Both of the drives also support DuraClass and DuraWrite technology for wear leveling and longer life. They also had ECC protection and use the SATA III interface.

Both use the SandForce 2281 controller and the main difference is storage capacity. The Pro comes in 100 gigabyte or 200 gigabyte varieties. The SE comes in 120 gigabyte, 240 gigabyte and 480 gigabyte. Pricing is unannounced on the drives