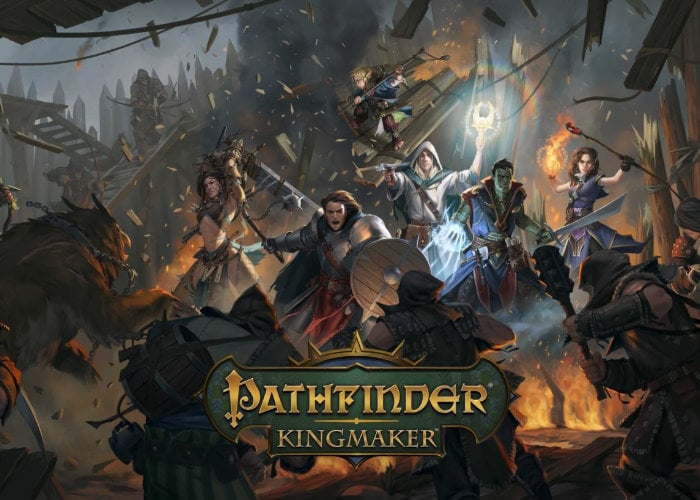 Thanks to a successful Kickstarter campaign Pathfinder Kingmaker was launched on PC in September 2018 and is now available to play on Windows, Mac and Linux systems. Developer Owlcat Games and publisher Deep Silver have this week revealed that the RPG is being prepared for a launch on PlayStation 4, Xbox One and Nintendo Switch consoles.

No official announcement has been made as yet however details were spotted in THQ Nordic’s latest financial report (where they also revealed the studio acquisitions of Coffee Stain and Bugbear Entertainment) included the title in a slide mentioning the most important announced projects in the pipeline, such as Metro Exodus, Dead Island 2, Wasteland 3, Shenmue III, Biomutant, Darksiders III, Wreckfest, Generation Zero and the console port of Pathfinder: Kingmaker.

“Pathfinder: Kingmaker widely follows the Pathfinder Adventure Path of the same name published in 2010. It is set within the Stolen Lands, part of the greater region of the River Kingdoms south of Brevoy, which is in turn part of Golarion, the default setting of Pathfinder. It features the player carving their own realm out amongst the wilderness as a local lord, and expands upon the corresponding Kingmaker tabletop module.”