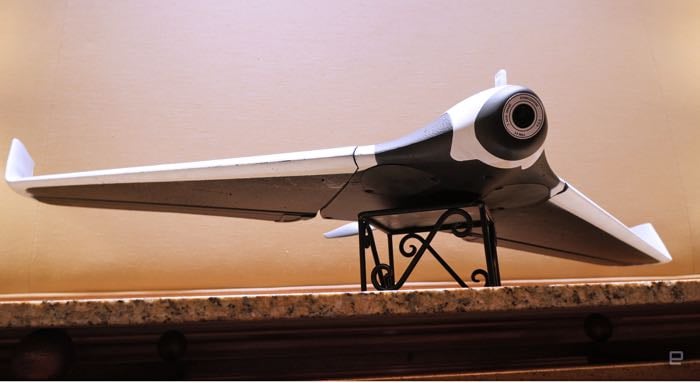 Parrot has unveiled it latest drone at this years CES, the Parrot Disco Drone, although this one comes with a new design over its previous models.

The Parrot Disco Drone is a fixed wing drone with looks more like an airplane than a drone, the device can be launched by throwing it, have a look at the video below.

The new Disco comes with a to speed of 50 miles per hour and it can fly for up to 45 minutes on a single charge.

It is also equipped with a 14 megapixel fish eye camera on the nose of the drone which can capture Full HD video in 1080p, it has a range of up to 1.25 miles and weighs in an 700 grams. The built in battery takes around one hour to charge.

It also comes with a range of sensors which include a gyroscope, altimeter, magnetometer and more and it features and automatic landing mode.

It certainly looks very interesting from the video and we suspect this could end up being a popular device from Parrot.

The company has not revealed any pricing as yet, it will go on sale later this yeat, as soon as we get some more details, we will let you guys know.