Anyone patiently waiting for the arrival of the new Parrot AR.Drone 2.0 which we first featured back in January. Will be pleased to know that pre-ordering will commence on the first of March, this Thursday. With shipping expected to start a couple of months later in May 2012.

The new AR.Drone 2.0 is equipped with a 1280 x 720, 720p onboard camera, which has been deigned to record either video or images. These can then be sent directly back to your smartphone for instant viewing, using the supplied AR.FreeFlight 2.0 piloting application. 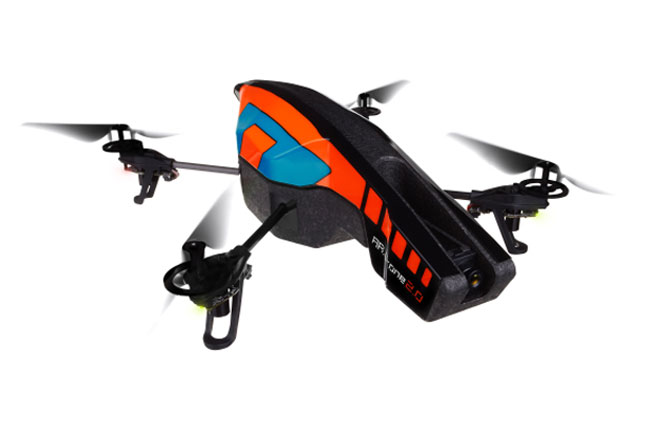 The next generation AR.Drone 2.0 is also equipped with much quieter engines than the first incarnation. Its also now equipped with a 3D magnetometer, enabling the AR.Drone 2.0 to knows its exact orientation and location using the control smartphone as a reference point. However for more experienced flyers this can be turned off if desired.

Parrot explains a little about controlling their next generation AR.Drone 2.0.

“Press and hold the left button and the AR.Drone 2.0 follows the movement of the pilot’s device: it moves forward, backwards or sideways when you tilt the tablet forward, towards you or to the left or right.

Slide your finger over the right button, and the quadricopter rises, descends or rotates right or left.”

The new Parrot AR.Drone 2.0 will be available for purchase in May 2012 for around $300. With pre-orders available online or in-store at Brookstone from March 1st 2012.