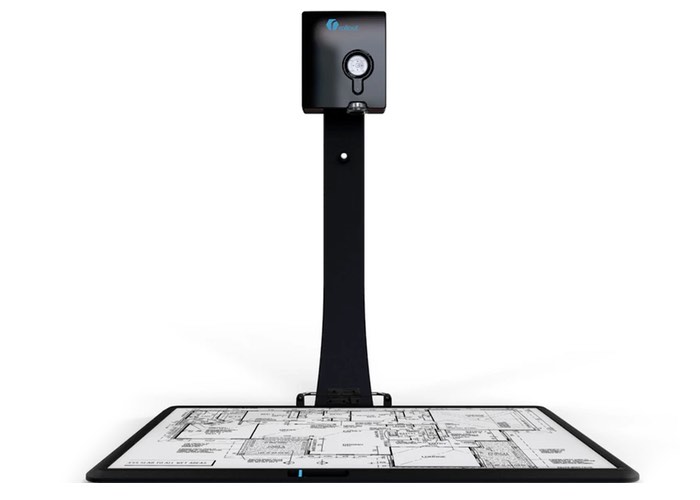 Matt Hinson has launched a new Kickstarter campaign this week to raise $151,000 to help take his PaperLight concept into production. PaperLight has been designed to transform your computer into a large smart board and will seamlessly interface with any computer without the need for any software or applications.

The Plug and Play technology incorporated into the PaperLight provides support for Mac, Linux and Windows systems allowing the PaperLight to run as a peripheral display utilising either HDMI or even VGA connections using a HDMI/VGA converter.

Check out the video below to learn more about the PaperLight system, that is lightweight and portable and can be easily transported to your next presentation or team meetings, allowing you to easily collaborate with others. Its developer explains a little more about its inspiration and design.

Pinch to zoom in-and-out just like an iPad. PaperLight tech is as intuitive and precise as the iPad’s tech. PaperLight’s display resembles the natural look and feel of paper . Plus, it is 8 x the size of a regular iPad. It’s a win-win-win. With a native resolution is 1280 x 800 pixels and 16.7 Million colors, PaperLight’s high-resolution display is absolute greatness. PaperLight works with any stylus so you can see your work. But why would you use a stylus pen when you can use your fingertips!

Unlike TVs, iPads, and oversized tablets, PaperLight is glass-free, shatter-proof, and water resistant. We designed PaperLight to be a tool to take on any project. Our tech is as durable as you are. Turn off the touch capability with a push of a button so your work isn’t affected when you set your stuff on top of the display. You can even use a dry erase marker on it; we know sh-tuff happens!

For more information on the new PaperLight jump over to the Kickstarter website for full specifications and the ability to make a pledge by following the link below.