The Paper iPad application created by FiftyThree is a fantastic drawing application for the iPad, and today they have rolled out a new update that makes the app even better.

The new Paper iPad app update brings with it a new feature allowing users to now share an entire journal in PDF format via email, together with the addition of automatic PDF conversion. 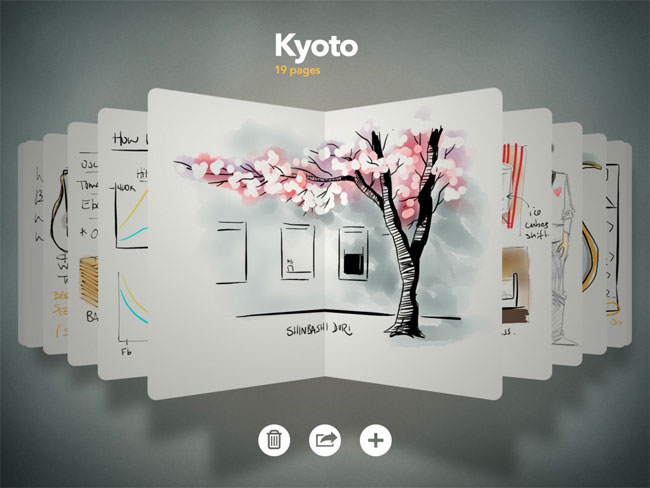 The application now also allows you to open PDF version of your Paper created journals in other iPad applications such as iBooks, Dropbox, and Adobe Reader to name just a few.

The new updated also now allows you to undo even more lines increasing the undo feature in the app from the original 20 lines to over 50 and beyond.

If you haven’t already downloaded the awesome Paper drawing app for iPad its now available from the iTunes App Store for free. With additional features available via in app purchases.