This week Pandora the Internet radio service has announced its now passed 100 millions users and is adding around 36 million active users every month. The new members have allowed Pandora to increase its radio listening market share within the US from 2.3 percent in 2010 to 3.6 per of all radio listening in the United States in 2011.

As well as passing milestones Pandora has also announced that it will soon be launching a newly designed website which has been under development for around a year. 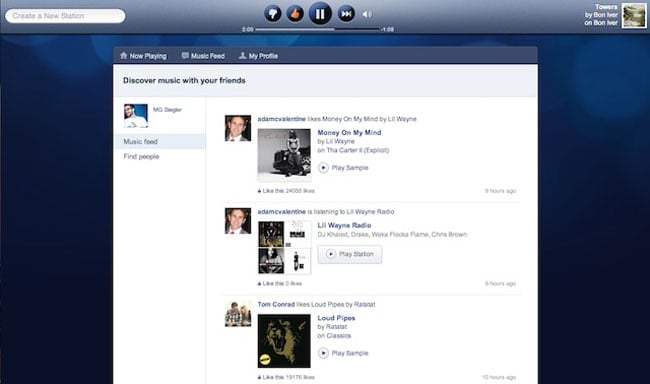 The new website design has been created using HTML5 emphasis and according to the Tech Crunch website the re-design is a major move in the right direction. Tom Conrad, Pandora head of product and CTO explains:

“We started on it about a year ago. But even earlier than that, we’d been talking about it. There were core navigation problems that needed fixing. At first, we had been talking about more incremental changes, with the site still operating in Flash. But then last summer, it became clear that browsers with full HTML5 capabilities had gained enough support. We realized we could do the full Pandora experience without Flash,”

The newly designed website will start rolling out to subscribers of the Pandora One service over the next few weeks. For more information about the new site design  jump over to the Tech Crunch website.