Google has announced that Pandora is now available on Google Chromecast, you will now be able to listen to Pandora on your HDTV through your Chromecast device.

Pandora has also recently updated their Android app, and they also recently launched a dedicated tablet version of the app for Google’s Android platform. 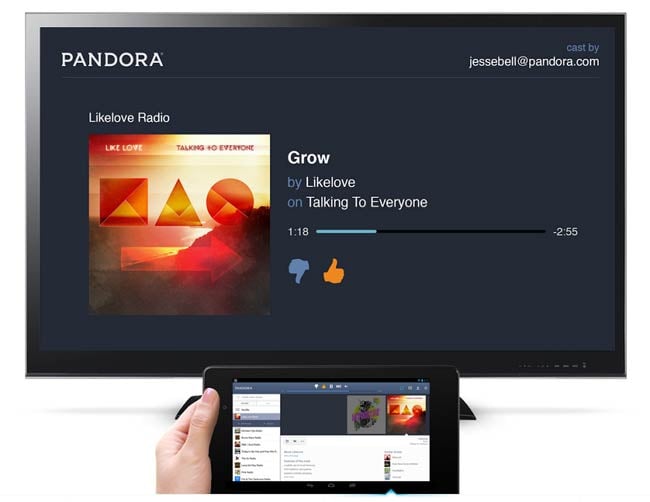 Pandora comes to Chromecast today, so that you can listen to your favorite stations on the best speakers in your house – the TV.  Download the latest version of the Pandora app ( http://goo.gl/hk0dc ) on your Android smartphone or tablet or iPhone ( http://goo.gl/JhP8Fi ), and look for the same cast button you’re already used to.

Pandora joins the likes of Hulu, Netflix, Google Play Movies and Music, and YouTube on Chromecast, you can find out more details on Chromecast over at Google.