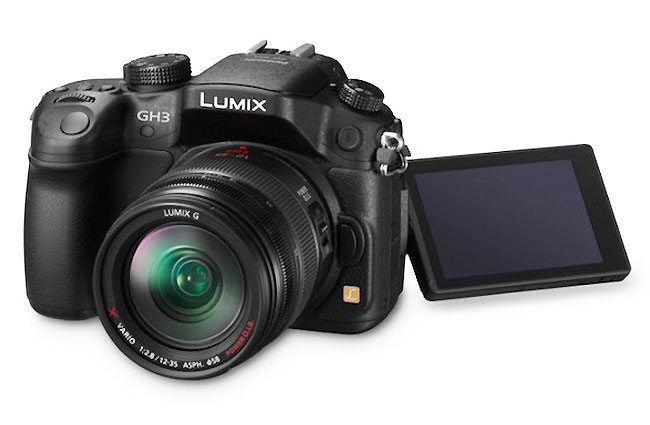 Panasonic has encased the technology of the Lumix GH3 inside a water and dustproof magnesium alloy body, which has been sealed to prevent environment damage to the camera internal workings.

“The LUMIX GH3 allows users to capture images in extreme environments and provides superb mobility. It also records still images consecutively at a rate of about 6 fps. The LUMIX GH3 is proud to assume the role of Panasonic’s flagship digital single-lens mirrorless camera.”

The Lumix GH3 is fitted with OLED displays in both its viewfinder and 3:2 614K pixel OLED touchscreen on the rear of the camera. No information on pricing or worldwide availability has been released as yet by Panasonic, but its expected to land in stores around the $2,000 mark. As soon as information comes to light we will keep you updated.