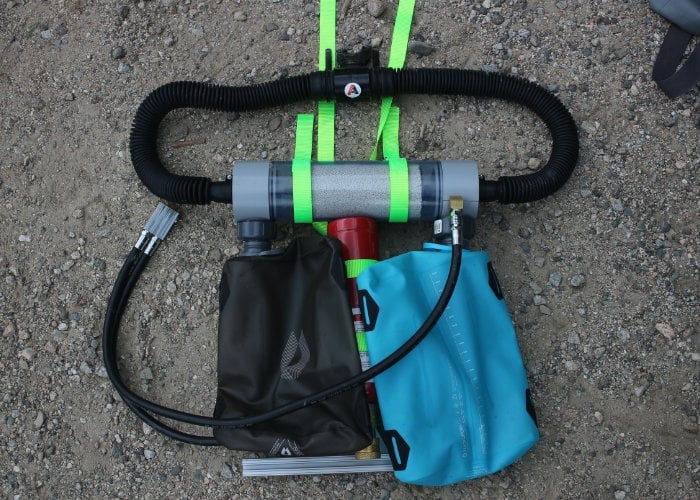 A prototype oxygen rebreather has been designed, created and published by AYLO providing an insight into how a rebreather functions and how you can create one of your very own to explore beneath the waves.

“The type of rebreather I built is the oldest and simplest type- an oxygen rebreather. As its name implies, the gas that is breathed and added is 100% oxygen. If a human breathes in a breath of 100% oxygen, they will breathe out a mixture of CO2 and oxygen. If the toxic CO2 is removed, you can re-breathe the remaining gas- hence the name.” 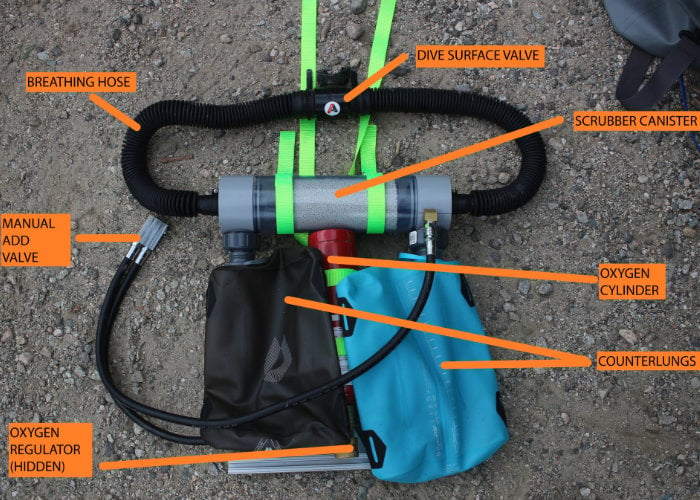 “In a rebreather, CO2 is removed by a chemical scrubber, which is the white stuff in the horizontal tube in the above photo. In order for the CO2 to be removed, it needs to be pushed through this tube of scrubber. In a rebreather, the lungs of the diver are used to move gas by breathing. Obviously, a diver would not be able of compressing all the gas in their lungs into a rigid container, so there are soft counterlungs in the gas path. The gas moves back and forth from the lungs of the user and the counterlungs, through the scrubber. The simplest oxygen rebreathers do not even move gas in a loop- they are of a type called a “pendulum rebreather”, where the bulk of the gas is in the counterlung or in the lungs of the user. This rebreather is slightly more sophisticated- the gas moves in a loop instead.”

To learn more about the oxygen rebreather project jump over to the AYLO website where everything is explained in detail as well as the construction and design of the rebreather as well as mistakes made during the process of prototyping the system.