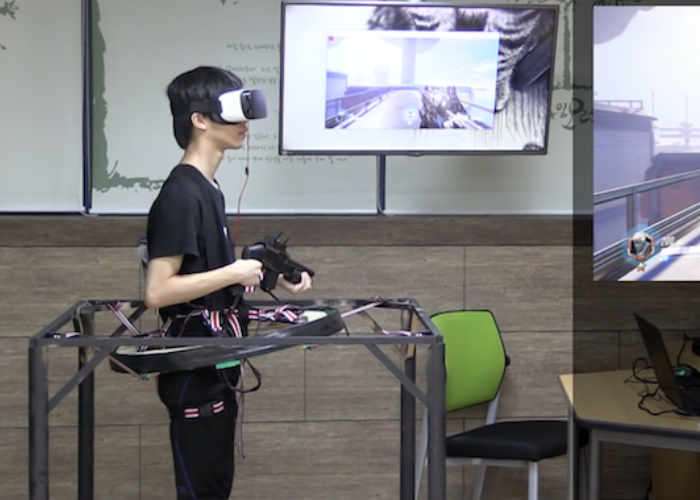 Overwatch players that would like to get a little more immersive whilst engaging in the new multiplayer game, may be interested in a new virtual reality rig which has been created by a group of school students in South Korea.

The virtual reality rig incorporates a treadmill that allows players to manoeuvre the battlefield by simply leaning in the direction they require to move. Visuals are provided by a Samsung Gear VR headset which has been attached to a number of Arduino development boards together with an IMB sensor, a button, a ball bearing, a PC and a motion detection device.

Check out the YouTube video below for a demonstration of the working prototype Overwatch virtual reality system that is still currently under development by the young team of developers. The Akshon Esports website explains more about the build :

A group of Korean high school students in a science club have developed a console called Sata-watch that provides an immersive VR Overwatch experience. Their setup allows for multi-directional movement, a gun to control one’s fire, and stimulate many aspects of playing as Soldier:76. For example if you want to use your Tactical Visor ultimate ability you can touch your headset similar to Soldier:76.

The items required to construct the setup include VR headset, a smartphone, an IMU sensor, an arduino chip, a button, a ball bearing, a computer, a copy of Overwatch, and lastly a motion detection device. In the video, they go over how you can install your own setup and construct the motion detection device that bears a striking resemblance to a Virtuix Omni minus the ability to run in place.