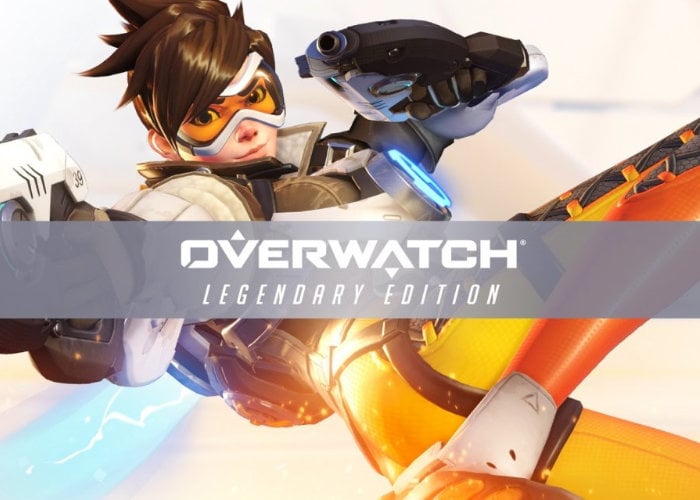 Confirming rumours that Overwatch would be arriving on the Nintendo Switch during October 2019. Nintendo has today confirmed that the Overwatch Legendary Edition will launch on Nintendo Switch October 15th 2019. With all of the heroes, maps, modes, and game updates currently available on other platforms offering the complete Overwatch experience for Switch owners.

“Overwatch brings players together to cooperate and compete in a bright and optimistic vision of the future, and we’re looking forward to welcoming Nintendo Switch gamers into the fun,” said J. Allen Brack, president of Blizzard Entertainment. “The Legendary Edition includes more than three years’ worth of content updates and gameplay enhancements, and we’re excited to team up with Nintendo to provide players with new ways to enjoy the full Overwatch experience-including on the go.”

Overwatch Legendary Edition for Nintendo Switch will be available in a boxed version (containing a code to download the game) and digital version via the Nintendo eShop for a suggested price of $39.99. Players who pre-purchase Overwatch Legendary Edition by the October 15 launch will also receive the Noire skin for elite Talon operative Widowmaker, the game’s ruthlessly efficient assassin. In addition, Nintendo Switch players who log in to Overwatch by December 31, 2019 will receive a bonus Golden Loot Box containing at least one guaranteed Legendary item.

– Play as 31 Unique Heroes – Choose from a diverse and ever-expanding roster of heroes from around the globe. Zip behind enemy lines as time-jumping Tracer; heal your team from afar with elite sniper Ana’s Biotic Rifle; or manipulate gravity as brilliant astrophysicist Sigma, the latest hero to join the fight.
– Battle Across the World With Your Friends – Capture control points, push payloads, and complete objectives across 28 international locations-wherever you have internet access, thanks to the legendary portability of the Nintendo Switch system.
– Join Forces in 6v6 Game Modes – Jump into Quick Play to get matched up against players of similar skill, Play Vs. AI in multiple difficulty settings, or put your skills to the ultimate test in Competitive Play to earn seasonal ranks and rewards.
– Discover New Ways to Play – Explore the Arcade or Game Browser to find matches with unique rulesets. Unleash your creativity in the Workshop and use powerful scripting tools to build elaborate custom games that can be shared and played on any platform. …And More to Come – Overwatch Legendary Edition on Nintendo Switch will continue to be updated with new content, including the game’s limited-time seasonal modes, gameplay updates, and more.