Cyclists looking for a more compact helmet to carry around when not riding their bikes. Might be interested in the folding bike helmet called Overade, which was designed by French studio Agency 360 back in 2010.

This year the Overade folding bike helmet is looking to make the jump from concept into production and will be available for purchase later on in the year. 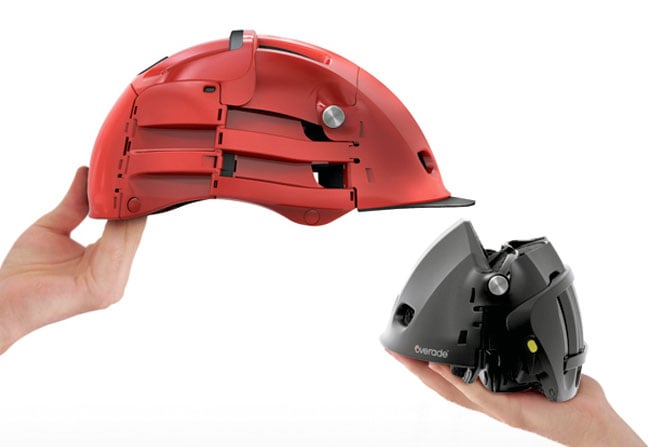 The simple design of the helmet allows you to collapse the helmet into itself and fold it together, making it much easier to store in a bag or carry when not cycling. Agency 360 designer Patrick Jouffret, who worked alongside engineer Philippe Arrouart, says that the Overade helmet offers cyclists as much protection as a standard helmet but folds up when not in use.