If you have purchased a Ouya console but are a little bored with the silver and black finish that its developers and creators have applied to the final design. There are now designers out there willing to personalise your games console for a fee.

The image below shows the “Hellraiser” Ouya console which has taken its inspiration from the series of movies by the same name that were released back in the 80-90s and the Ouya console has been transformed into the magical yet terrifying puzzle box. 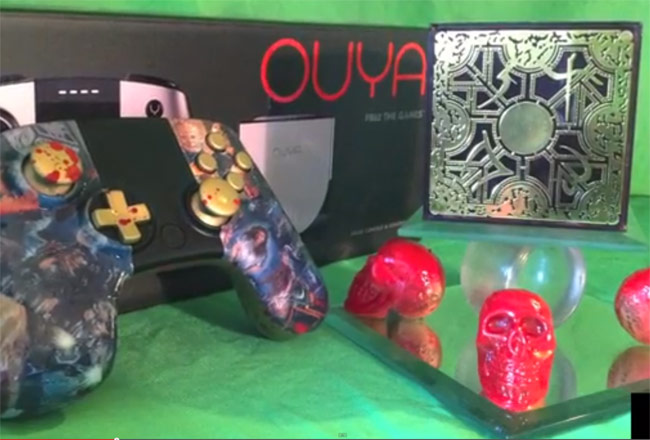 The Ouya console customisation was carried out by User modder420 over at OUYABoards.com and includes LED lighting inside to add to the effect.

The Ouya console’s final look was originally designed by Yves Béhar and the games console launched after a massively successful Kickstarter campaign, raising $8.5 million and becoming the website’s second-highest-earning project