Apple has also revealed a number of enhancements for its new OS X Mountain Lion at WWDC 2012. Confirming that their new OS X is a major new release with hundreds of new features, some of which we have already seen in previews released.

Apple also revealed that their OS X Lion operating system, was Apple’s best selling release with 40% of users adopting it, in just 9 months, with over 26 million copies shipped to date. 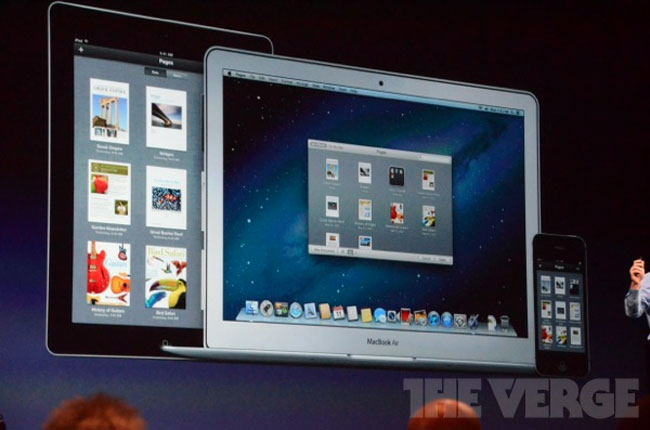 OS X Mountain Lion will have iCloud support build in, allowing you to sign in to your account with all of your apps and your content being updated across all devices.

Apple also unveiled three new apps in the form of messages, reminders, and notes. Together with a new feature called “Documents in the Cloud.” Enabling you to store and sort your document via your iCloud account, making your docs available across all Apple devices.

Apple also revealed its version of a new Notification Center which keeps you updated in a similar way to Growl has done in the past, with support for services like Twitter. Together with a new dictation features which is built in and works everywhere, within the OS X even in Microsoft Word.

A system wide sharing button has also been added, that now allows you to share links, images, video and content directly from within the app you are working in. Together with a new Safari browser, with a Tabview feature that syncs your tabs across all devices, including bookmarks and history using a new feature called iCloud Tabs.

Another new feature in OS X Mountain Lion is PowerNap, that allows your Mac systems to work for you while we aren’t working. Keeping you system update and backup when not in use, while it sleeps. Automatically refreshing data, silent, power efficient, and works with MacBook Airs and the new MacBook Pro systems.

OS X Mountain Lion will be shipping next month for $19.99, for all your personal Mac systems.