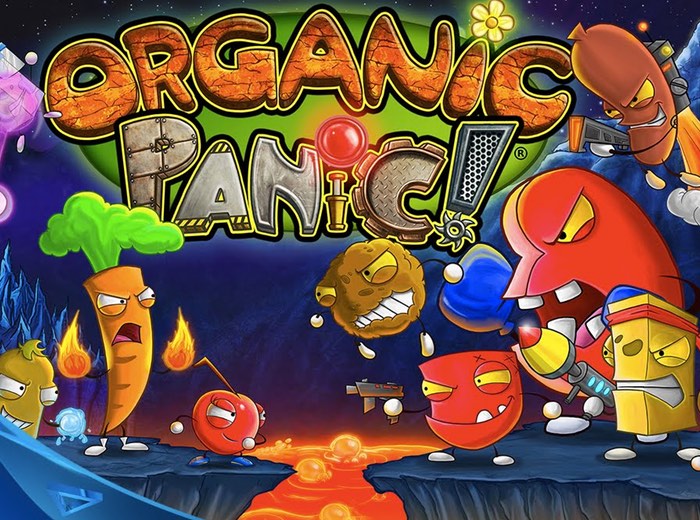 Damon Branch programmer and co-founder at Last Limb has taken to the official PlayStation blog this week to announce the launch of Organic Panic onto the Playstation 4 during March 2016.

The Organic Panic game takes the form of a physics-based puzzle-platformer that pits the main food groups against each other in a “chaotically fun and lighthearted battle royale extravaganza”. Check out the trailer below to see what you can expect from the gameplay.

Programmer Branch explains more about the inspiration and creation of the Organic Panic game that is available on a variety of different platforms.

When my brother, Anatole, and I first hatched the plan to make a game independently, we never imagined where it would take us.
We started off thinking about the kinds of games we grew up with and how much fun playing games together has always been.

We love old-school action-platformers and games that let you experiment creatively with how you solve problems, so combining those ideas was essential. It’s fair to say we’re influenced by classics like Chaos, Lemmings, Worms, Gears, and Little Big Planet, but we wanted to push it further with totally destructible environments and fluid dynamics.

What brings all the madness together is the incredible D.A.F.T. (Destructible and Fluid Technology) Engine. Anything goes, because nearly every environmental element (characters, platforms, enemies, weapons, etc.) can be controlled and manipulated in some clever way.

What came from that vision is our debut title, Organic Panic, which we’re beyond excited to announce is coming to PS4 this March!