Ordro has just launched a new camcorder, the Ordo HDV-D350s, which can record HD video at 60fps at a 1440 x 1080 resolution, and can also take 12 megapixel still photos.

Whilst the specifications sound pretty standard, it does have one very interesting feature, the ability to project the video you have just taken using a removable pico projector attachment. 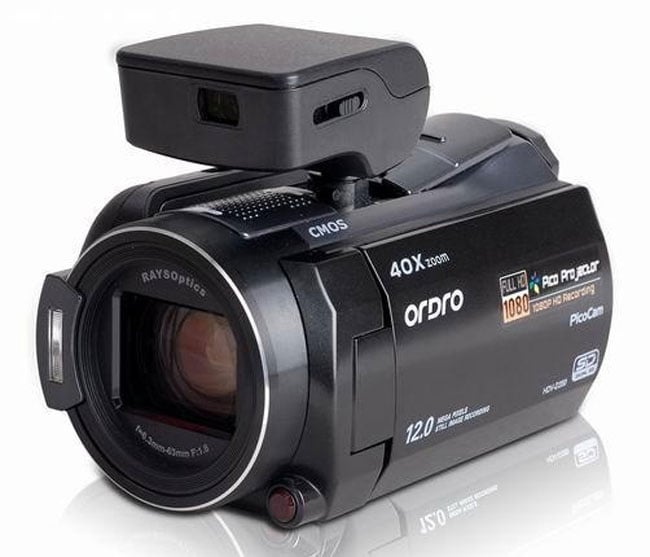 The Ordro HDV-D350S also features a 3 inch LCd touschscreen, and if that isn’t big enough to watch your recorded videos on, the pico projector is capapable of projecting a WVGA image up to 60 inches.

Other features include 10x optical zoom, an SD/SDHC card slot, plus USB and HDMI, if you want one they are available for $549.95 from Ordro.