Digital pictures are great for recording a 2D image of a object. But what if you would like to recreate a flawless 3D digital image of an object? Well, a new device named the OrcaM Orbital Camera System has been specifically designed to do just that. The OrcaM Orbital Camera sphere is capable of reproducing a digital copy of any object up to 80 cm in diameter and that weighs under 100 kg.

Any object ready for digital recreation is placed in the centre of the sphere which is then closed. The fully automatic reconstruction process uses light to acquire the respective information for a single camera position only, using horizontal and vertical front projection directed illumination, with light patches, and rotation of the carrier to name a few. 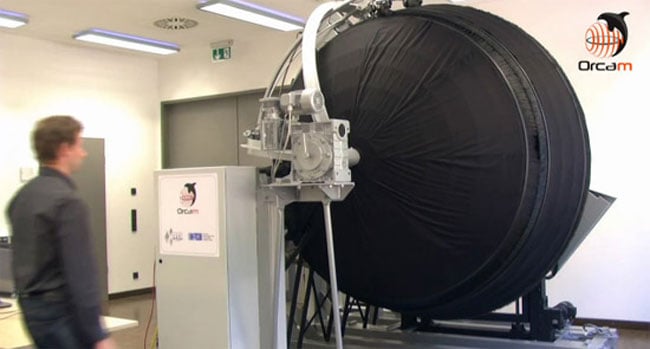 For more complicated objects the process can be tweaked to allow for complex geometries. In the video below you can see a porcelain vase reconstructed from scratch and then rendered using a real-world high-resolution HDR environment. The process creates reflections on the vase and highlight that its construction is not symmetrical, identical to the original.

The technology used within the OrcaM Orbital Camera System is still relatively new and still underdevelopment. So don’t expect any reconstruction devices to be arriving for the home market any time soon. But wouldn’t it be great to be able to plug the system into a 3D printer allowing you to recreate anything you might break.