Earlier today we told you that T-Mobile would start offering the iPad 2 here in the UK for a reduced price when customers sign up to a new 24 month contract, and prices started at £199 for existing customers.

Now Orange, which is part of the same company as T-Mobile has confirmed that they will be offering the same deal as T-Mobile to both existing and new customers here in the UK. 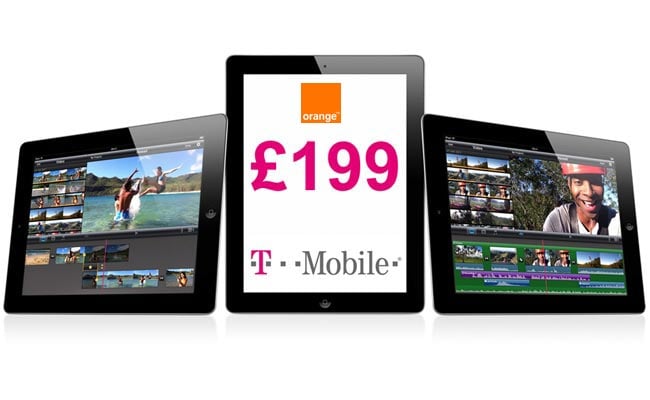 As with the T-Mobile iPad 2 deal, orange will only be selling the 16GB WiFi and 3G iPad here in the UK, if your an existing customer you will have to pay £199 up front and then £25 a month for 24 months.

If you are a new customer you will have to pay £229 up front and £27 a month for 24 months, both of these contracts will give you 1GB of data and 1GB of ‘quiet time’ data, the deal is identical to the T-Mobile one.