T-Mobile UK will start selling a subsidised iPad 2 here in the UK from 5pm tomorrow and prices start at £199 for existing customers and £229 for new customers for the 16GB WiFi and 3G iPad 2.

T-Mobile just confirmed to us that they will only be selling the 16GB WiFi and 3G iPad 2 from tomorrow, the 32GB and 64GB models will not be available, and customers who want one will have to sign up to a new 2 year contract. 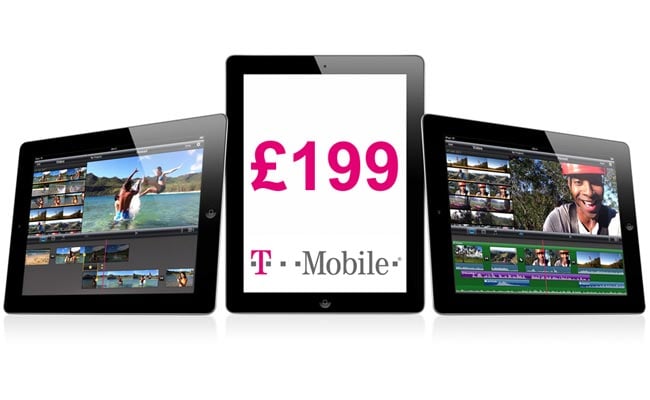 With the 24 month contract you will get 1GB of data per month plus 1GB of ‘quiet time’ data which gives you an extra 1GB of usage between 12am and 10am.

T-Mobile will start taking orders online and over the phone from 5PM in the UK tomorrow.

Thanks Anthony for the tip!