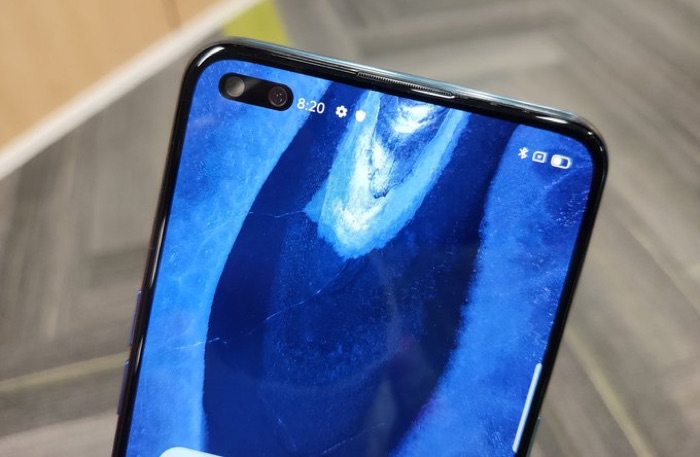 The picture above was posted on Twitter by YouTuber Arun Maini (Mrwhostheboss), it shows an unnamed smartphone which features a dual punch hole 44 megapixel front facing camera for Selfies.

The handset is apparently rumored to be the new Oppo Reno 3 smartphone, we may see the handset some time soon.

Can anyone guess from which company? pic.twitter.com/A0VhiXxJog

The Oppo Reno 3 is rumored to come with two different versions, one with a Qualcomm Snapdragon 765G processor and the other with a MediaTek processor.

The device is also rumored to come with 12GB of RAm and a 48 megapixel main camera on the back, the handset will also feature a 6.5 inch display with a FHD+ resolution.

Other rumored specifications on the Oppo Reno 3 include a choice of four colors, black, white, red and blue, it may be the blue model that is featured in the photo.