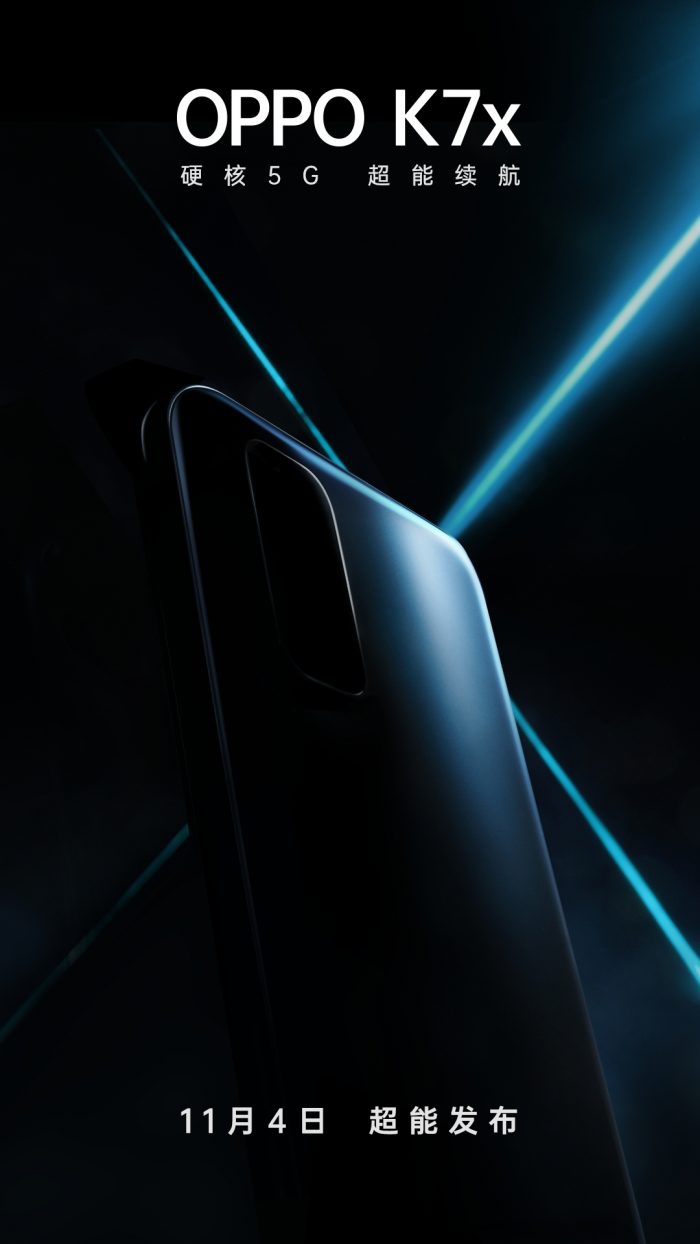 Oppo will be launching a new Android smartphone next week, the Oppo K7x and the handset will be made official on the 4th of November.

The handset will be a 5G device and one of the handsets selling points is said to be its battery and impressive battery life.

The device will apparently come with a larger battery, the exact capacity is not know as yet, it could be larger than 5,000 mAh.

There are a number of rumored specifications for the handset, which include a 6.5 inch Full HD+ display with a resolution of 2400 x 1080 pixels.

The Oppo K7x will apparently features  a 2GHz octa core processor and will come with 6GB or 8GB of RAM, it is rumored to have three storage options, 64GB, 128GB and 256GB.

The handset will apparently features a 16 megapixel front camera for Selfies and video calls, on the back of the device there will be a 48 megapixel main camera, an 8 megapixel ultrawide camera, plus two 2 megapixel cameras. We will have more information on the new Oppo K7x smartphone when it is made official next week.