After countless number of leaks and teasers, Oppo has finally taken the wraps of its flagship device, the Oppo Find 7 at a press event in Beijing.

We did know most of the specifications of the highly anticipated Oppo Find 7, and it turns out a majority of them we correct after all. Dive in to know more details about the hardware specifications it brings at the table, and yes, they are impressive. 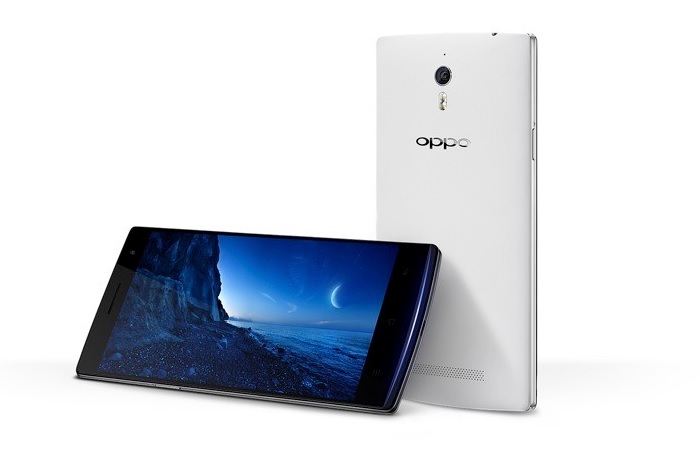 Oppo Find 7 comes in two versions as mentioned before, and was even confirmed by the company: one carrying a FHD display boasting a resolution of 1920 x 1080 pixels while the other one will come with a QHD display sporting a resolution of 2560 x 1440 pixels, both carrying a screen size of 5.5-inch. The display comes with Gorilla Glass 3 protection and a new display technology known as Super Screen 2.0.

Let’s just start with the high-end model, as it comes with top-of-the-line specifications on board. Other than the QHD display, the handset is powered by a Qualcomm Snapdragon 801 chipset with a clock speed of 2.5GHz, the same processor that comes with the Samsung Galaxy S5. Oppo Find 7 comes with 3GB of RAM as well as 32GB of internal storage which can be expanded via a microSD card slot.

Oppo Find 7 comes with a 13MP Sony IMX214 CMOS with a F/2.0 and the ability to shoot 4K videos, as well a slow-motion 720p videos at 120fps. There’s another unique camera feature that combines 10 photos into a single 50MP image. On the front side, there’s a 5MP shooter as well. There’s a 3,00 mAh battery to make sure there’s enough juice to power this beast with Color OS 1.2 as its operating system

As far as the FHD version is concerned, it comes with a quad-core Snapdragon 801 chipset with a clock speed of 2.3GHz, 2GB of RAM, 16GB storage with a microSD card slot, 2,800 mAh battery and runs Color OS.

There’s also a new battery technology dubbed as VOOC that can charge the device up to 75 percent in just 30 minutes, which totally impressive, and goes in line with what we heard in the past few weeks.

The standard version of the Oppo Find 7 costs 2998 Yuan ($484 USD) and will go on sale starting tomorrow, while the QHD version comes with a 3998 Yuan ($564 USD) price tag. More details about the availability will come in the coming days.