The Oppo Find 7 will be made official later this month, we previously heard that there would be two versions of one handset, one with an FHD display and one with a QHD display. 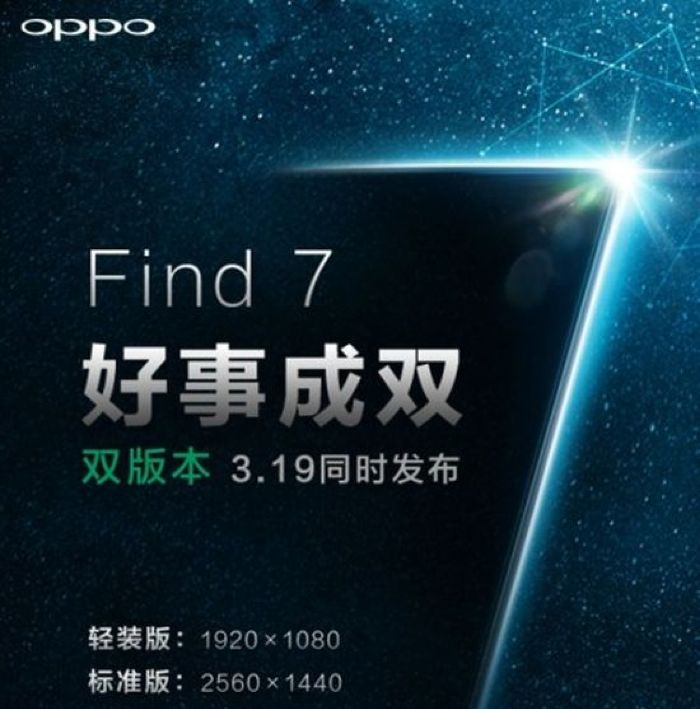 The handset is said to come with a 5.5 inch display and will be powered by a quad core Qualcomm Snapdragon 801 processor and will come with 2GB of RAM.

Yesterday we heard that the Oppo Find 7 would come with a 50 megapixel camera, as a photo taken with the handset appeared online, this has yet to be confirmed by Oppo.

Other rumored specifications on the Oppo Find 7 include 16GB of built in storage and Android 4.4 KitKat, we should have full details on the device later this month.

Oppo are holding a press event on the 19th of March in Beijing, where they will officially announce the new Oppo Find 7, as soon as we get some more details we will let you guys know.