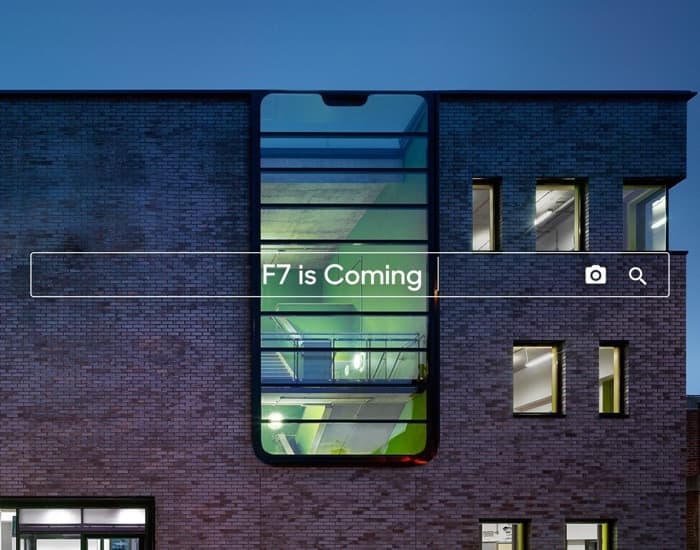 Oppo has shown off their new smartphone, the Oppo F7 ahead of its official launch in India later this month.

The company will be launching the handset in India on the 26th of March and they have now revealed some specifications on this new Android device.

The Oppo F7 will come with a 6.2 inch display that will have a resolution of 2280 x 1080 pixel and it will have a 19:9 aspect ratio. As we can see from the picture the device will have a notch at the top like Apple’s iPhone.

The notch appears to be a new trend with Android manufacturers this year, we have seen a number of new devices with the notch recently. The handset will also come with a 25 megapixel front facing camera which is designed for Selfies.

Oppo will be launching their new Oppo F7 smartphone in India on the 26th of March, we will have more details about the handset then.