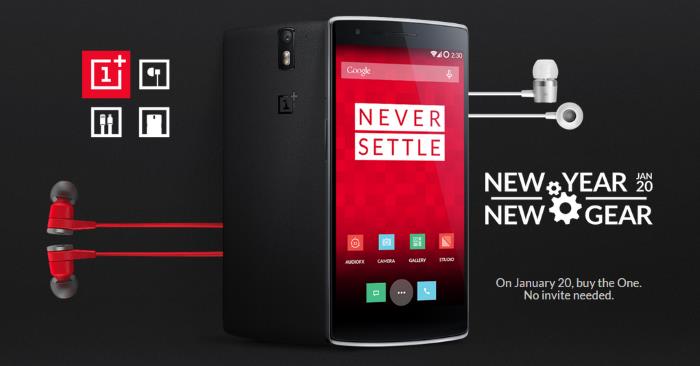 Until now, users interested in the OnePlus One have to get an invite to purchase the handset, but it seems things may change soon.

The company announced that customers interested in the OnePlus One will be able to grab a unit without an invite from January 20th.

The sale of the handset will commence in various regions across the globe, starting at the times mentioned below on January 20th:

If you like the OnePlus One, you may want to bookmark you calendar and set a reminder for the times mentioned above.

As a recap, OnePlus One comes with a 5.5-inch display with a resolution of 1920 by 1080 pixels, a quad-core Qualcomm Snapdragon 801 processor, 2GB of RAM and 16/64GB of storage on board. There’s a 13MP camera on the back for photos and videos, a 5Mp front-facing camera, a massive 3,100 mAh battery to make sure you don’t run out of juice, and ships with CyanogenMod 11S based on Android 4.4 KitKat.

Anyone planning to pick up the OnePlus One on January 20th? Sound off in the comments below.