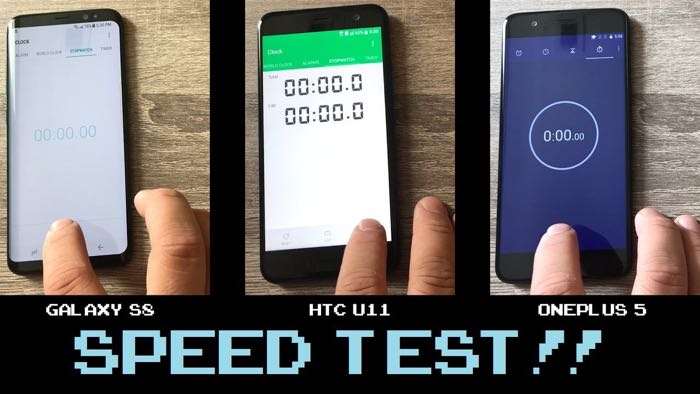 The new OnePlus 5 got official last week and now we have a video putting it up against two other flagships, the Samsung Galaxy S8 and the HTC U 11.

Jerome Ortega has out together a great video of the OnePlus 5, the HTC U11 and the Samsung Galaxy S8 side by side.

All three handsets are powered by the Qualcomm Snapdragon 835 processor and the video below tests the three smartphones to see which is the fastest.

As we can see from the video the OnePlus 5 appears to be the fastest out of the three handsets. Whilst all three devices have the same processor, the OnePlus 5 has 8GB of RAM and the other two handsets comes with 4GB of RAM.

The new OnePlus 5 appears to be a very impressive handsets and we suspect it could end up being the company’s most popular smartphone to date.