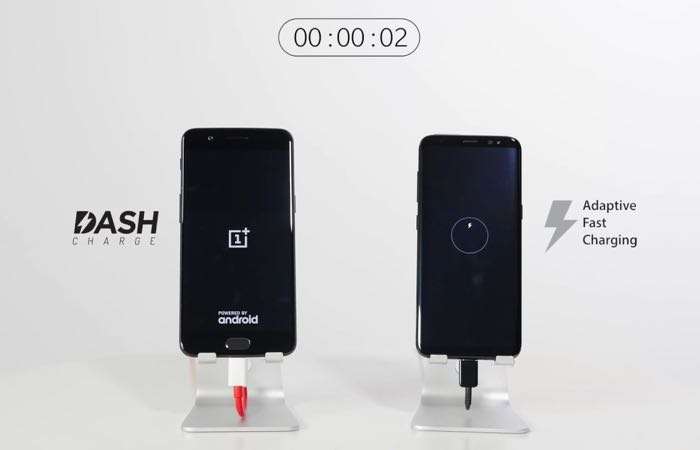 The new OnePlus 5 was made official earlier this week, the handset comes with some impressive specifications.

One of the new features on the OnePlus 5 is Dash Charge, which will quickly charge your handset. In the video below we get to see the new OnePlus smartphone put up against the Samsung Galaxy S8 to see which charges faster.

As we can see from the video, the OnePlus 5 smartphone can be charged quicker than the Samsung Galaxy S8.