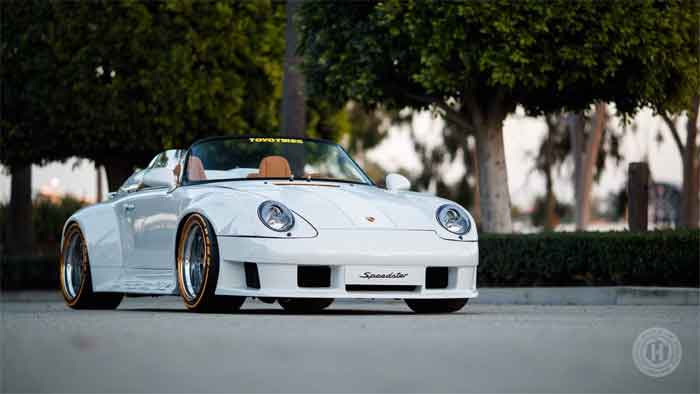 When it comes to Porsche 911 cars, the one that many fans find the most desirable is the 993 generation. These are the versions of the 911 that was air-cooled. There were only two 993 Speedsters ever made; one was for Ferdinand Alexander Porsche on his 60th birthday in 1995.

The other was made for Jerry Seinfeld in 1998. A man called John Sarkisyan wanted his own 993 Speedster, so he set about building one on the chassis of a 911 Cabrio. The craziest part about the build was the windshield.

That part is said to cost about $50,000 because of its rarity. The resulting car looks really cool, but with a $50,000 windshield, it doesn’t sound like a car you would want to drive much. On top of the cost of the windshield, the vehicle required about $20,000 of work to get the windshield to fit.