The video below shows the Nokia City Lens application in action, and according to Nokia it has the same features as the existing Symbian version plus a range of new features. 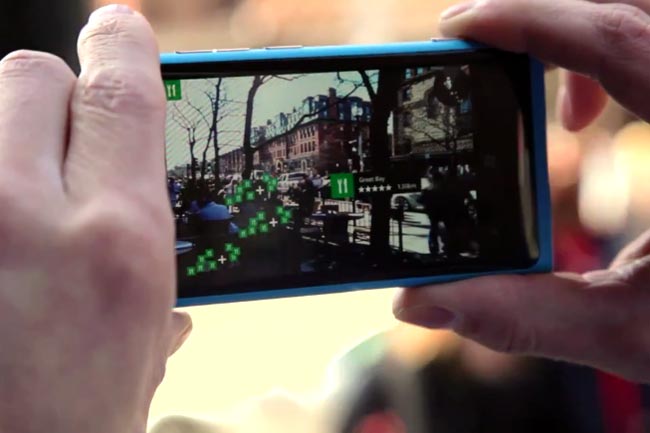 Nokia City Lens, augmented reality browser, is now available in beta for Nokia Lumia phones. City Lens delivers all the great features of the Symbian version, but now with enhanced features. With City Lens, users can experience their world in a totally new way. Just launch City Lens, and your surrounding points of interests will instantly be displayed.

You can find out more details about the new Nokia City Lens application for Nokia’s Lumia range of Windows Phone smartphones over at Nokia.