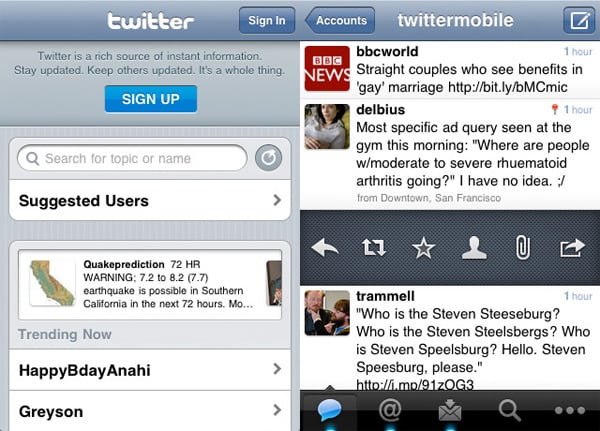 We can expect to see more official Twitter applications in the future, Twitter previously announced that they are working on a version for the Google Android platform.

The official Twitter iPhone application is available as a free download from iTunes. Have a look and our article on Android vs iPhone to see which smartphone and mobile platform is best for you.