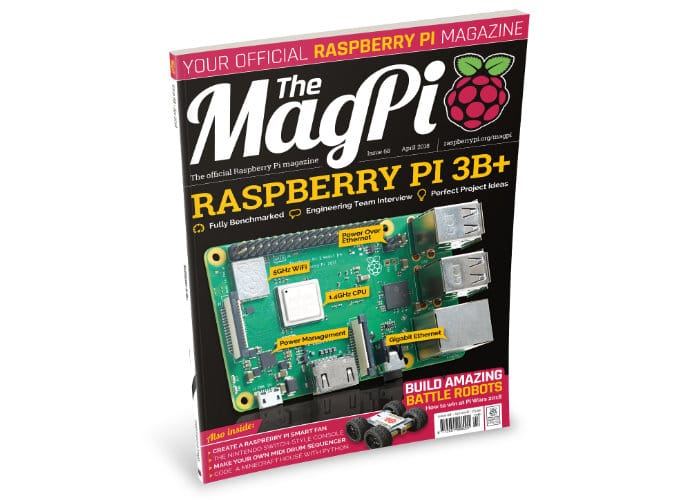 This week the official Raspberry Pi magazine MagPi issue 68 is now available to purchase and download, providing an in-depth look at the new Raspberry Pi 3 Model B+ mini PC. Which was launched last month and provides a more powerful Raspberry Pi mini PC equipped with faster wireless connections and plenty of new features.

In the latest MagPi issue Eben Upton and Roger Thornton discuss the work that went into creating the new Raspberry Pi 3B+, as well as providing Raspberry Pi benchmarks to show just how much more power is available, when using the the new Raspberry Pi 3 Model B+ mini PC. When compared to older models and others still available to purchase, enabling you to make the right decision on the mini PC for your next project.

Other features in this month’s official Raspberry Pi magazine MagPi issue 68 include more details about the 2018 Raspberry Pi robotics competition which takes place later this month. Providing would be robot designers with plenty of tips on how to design and construct your very own battle robot to take part in the competition. Other DIY projects In this months issue include a custom Pi-powered, Switch-esque retro games console, a Minecraft Pi hack that creates a house at the touch of a button, and a Matrix Voice project.

For more details on where to purchase and download your MagPi issue 68 digital copy, jump over to the official Raspberry Pi Foundation website by following the link below.