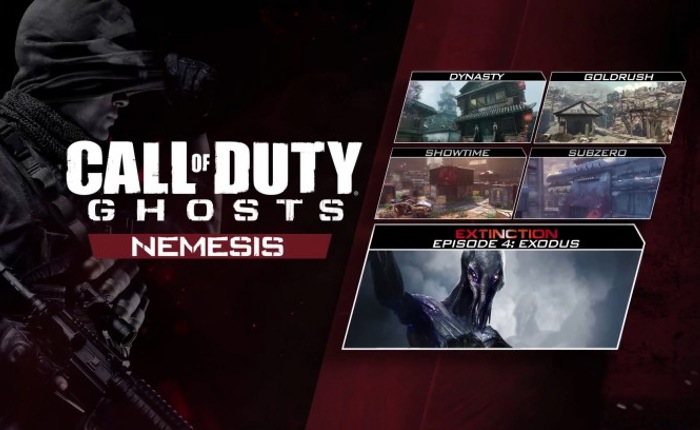 A new trailer has been released this week for the upcoming official Call of Duty Ghosts Nemesis DLC pack offering a first look at the maps you can expect to enjoy together with a glimpse at the final episode in the Extinction saga.

The final and fourth DLC pack for Call of Duty: Ghosts includes four multiplayer maps in the form of Goldrush, Subzero, Dynasty, and Showtime, which looks like a lot of fun and is a remake of the fan-favourite map Shipment from COD4 Modern Warfare, check it out after the jump.

The new Official Call of Duty Ghosts Nemesis DLC pack will be arriving on Xbox Live August 5th and will also be available on other platforms at a later date. As you would expect and just like the other DLC packs the Nemesis map pack is priced at £11.59 or $14.99 on its own and is also available as part of the DLC Season Pass.

“The four-part Extinction saga concludes with Episode 4: Exodus. Explore the biggest Extinction level yet and take on nearly every Cryptid species from previous episodes. You will also contend with the Ancestors – a powerful new enemy with mind control and psionic attacks.”