You might remember the new Photoshop de-blurring plug-in technology that was showcased by Adobe just over a week ago and was revealed accompanied with a low quality video taken by one of its attendees. Well you will be pleased to know that Adobe have now released the full high quality presentation to the public, enabling you to see exactly what happened.

The video after the jump shows Adobe’s Jue Wang demonstrating a sneak peek of a potential new feature that allows users to remove blurriness from digital photos caused by camera shake while the pictures were being taken. 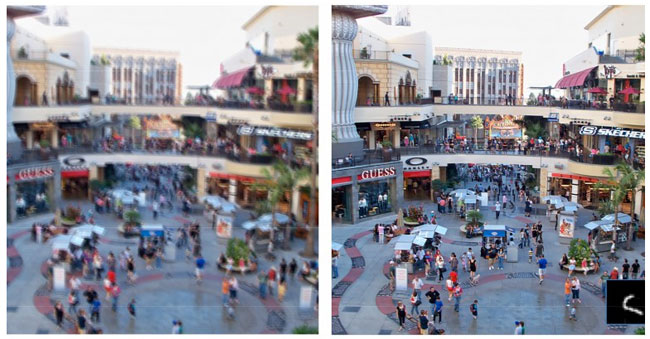 The movie is now reveals a little more detail on how the technology works within Adobe Photoshop and transforms blurred photographs into clean sharp images. As the new technology is still currently under development Adobe has not released any timescales for its launch in to main stream applications. But as we hear more about this amazing technology we will keep you updated.