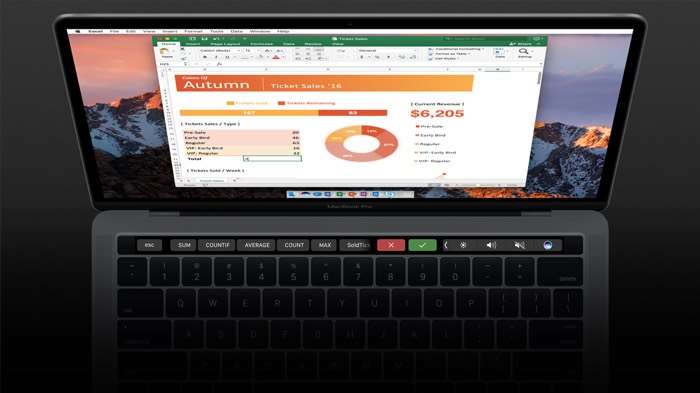 The Touch Bar can now be used on various apps in Microsoft Office, like Word, PowerPoint, Excel, Outlook and more with each app having different features on the Touch Bar.

At the Apple event earlier today, we announced that Office for Mac is adding Touch Bar support. We have a long history of working with Apple to support new form factors and devices, and—as you can see from the news this week—we’re continually evolving Office to take advantage of the latest and greatest hardware innovations across the industry. Through the Touch Bar, Office intelligently puts the most common commands at your fingertips—all based on what you’re doing in the document. Here’s a quick summary of what we announced in Cupertino this morning.

You can find out more details about the latest version of Microsoft’s Office for Mac over at Microsoft at the link below.