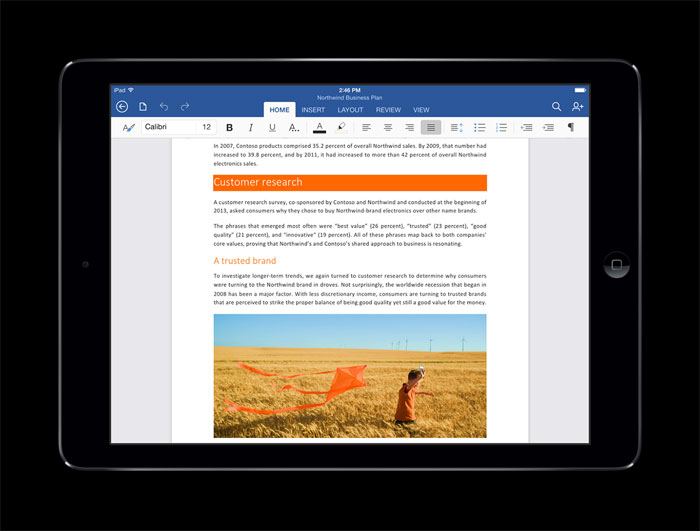 That means the total downloads for Office for iPad now stands at 27 million. That number was reached after only 46 days of availability. To hit that number of downloads so quickly, people had to download the app about 587,000 times per day. It’s no surprise that Office for iPad has proven so popular.

People have been clamoring for the apps since the iPad launched. Microsoft held off so long because it feared that putting Office on the iPad would hurt sales of its own Surface tablet. However, sales of the Surface tablet never amounted to much so Microsoft put the Office suite on the iPad only recently. Office 365 subscribers get the full apps for free. Anyone can download them and use the apps as readers for Office documents. The number of downloads is reportedly slowing.