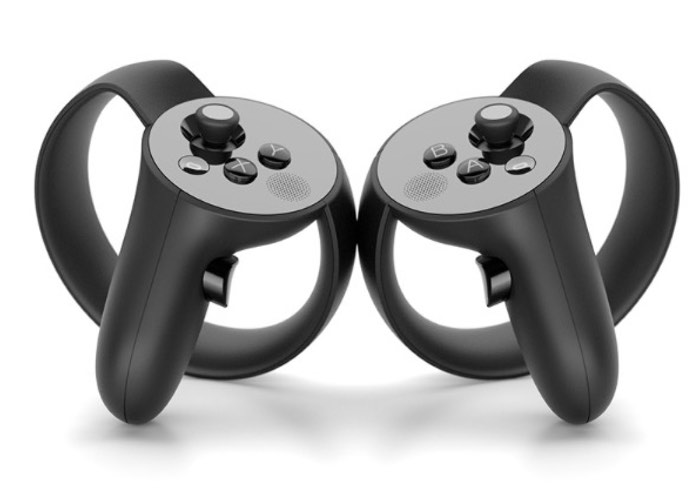 Oculus Rift owners within the UK that are patiently waiting for Oculus to launch their new Touch controllers to accompany the Rift headset, might be interested to know that a new pre-order page has been discovered on the Amazon UK website.

Revealing a price of £190 for the Rift Touch Controllers and a November 23rd delivery date for the new highly anticipated Oculus Touch hardware which has been in development for some time and was expected to be available during the middle of 2016.
The pages still missing any images so it looks as though the page may be still under construction although it has not been removed as yet by Amazon, and the preorder button does function allowing you to add the controllers to your shopping basket. The Amazon Oculus Touch Controller page reads :

– Before you even pick up a pair of Touch controllers, you know how to use them. Intuitive actions in VR feel as natural as using your real hands
– Constellation tracking lets you manipulate objects in your virtual environment with extraordinary precision
– Groundbreaking new experiences made possible by Oculus Touch 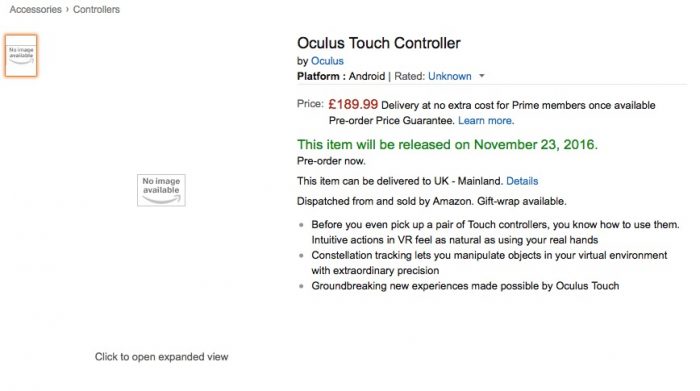 As soon as more information comes to light as to whether this is the confirmed launch date for the new oculus Rift controllers within the UK we will keep you up-to-date as always.