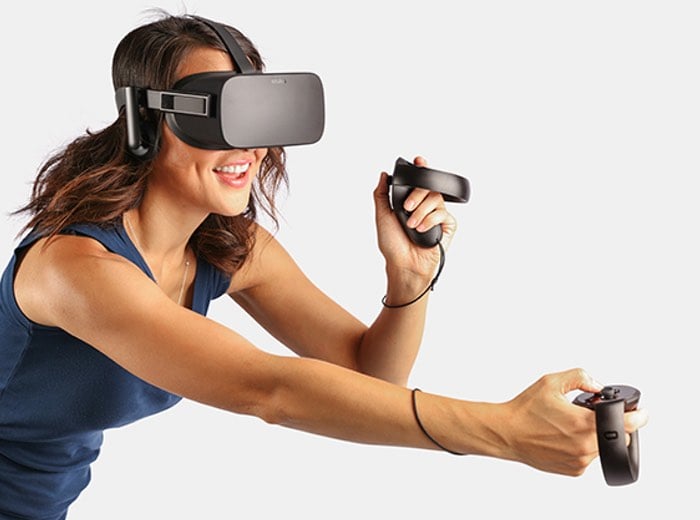 Oculus Rift headset owners that have been patiently waiting to be able to get their hands on the new Oculus Touch virtual reality controllers, will be pleased to know that they are now available to preorder priced at $199.

A shipping date for the new Oculus Touch hardware is now officially December 6th 2016 and all Oculus Touch Controller pre-orders come bundled with VR Sports Challenge and The Unspoken and with an additional sensor, connector for Rock Band VR.

If you pre-ordered and purchased Rift through Oculus.com, you’ve already reserved your place in line for Touch pre-orders. Simply order by October 27 at 11:59 p.m. PT using the same email address or from your Oculus account to claim your priority status. We’ve also created a room-scale option with Touch, using a third sensor for those with enough space. Extra sensors will be available for purchase for $79 on Oculus.com at Touch launch.

The Touch launch lineup is incredible, with over 35 titles spanning multiple genres. Here’s a preview of the amazing content coming soon to the Oculus Store. We’re also massively increasing our investment in VR content with $250M invested already and a commitment to spend $250M more to jumpstart the VR content ecosystem. Today we revealed just a few of the new Touch titles coming to Rift next year, including:

– Arktika.1 from 4A Games — Battle for survival in this shooter set in a frozen dystopian future.
– Lone Echo from Ready at Dawn — A high-fidelity, pulse-pounding space saga.
– Robo Recall from Epic Games — Take down waves of robots gone rogue in this FPS with creative combat tactics.