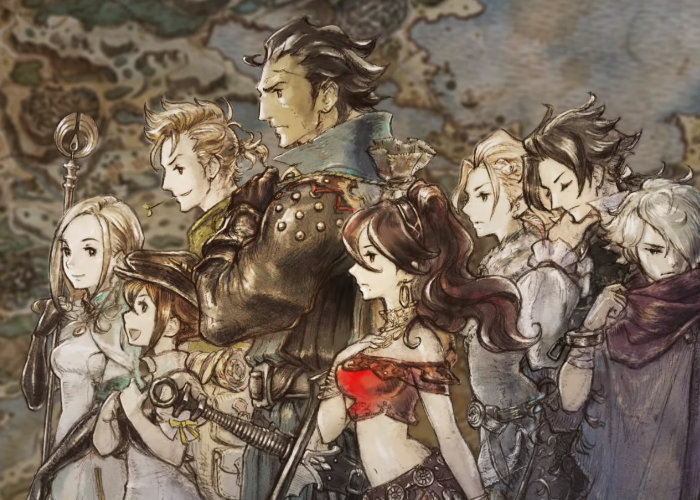 Octopath Traveler is a role-playing video game developed by Square Enix, in collaboration with Acquire launched on the Nintendo Switch back in 2018 and again on PC systems in 2019 and now available on the Xbox Platform and also via Xbox Game Pass. Octopath Traveler is a role-playing game that sports a graphical aesthetic known as “HD-2D”, defined by the developers as combining “retro Super NES-style character sprites and textures with polygonal environments and high-definition effects”.

“Eight travelers. Eight adventures. Eight roles to play. Embark on an epic journey across the vast and wondrous world of Orsterra and discover the captivating stories of each of the eight travelers.Set in the land of Orsterra, the Order of the Sacred Flame believed their world was created by thirteen deities before twelve were forced to seal the fallen god Galdera, who refused to relinquish what they created, within the afterworld that can be accessed through the sealed Gate of Finis. “

“The player follows the stories of eight heroes as they journey through Orsterra: Ophilia, a cleric of the Sacred Flame who undertakes a religious pilgrimage; Cyrus, a scholar and teacher at the Royal Academy seeking a stolen tome of dark arts called From the Far Reaches of Hell; Tressa, a merchant who goes on a journey after acquiring a journal detailing a past adventurer’s travels; Olberic, a former knight of the Kingdom of Hornburg seeking purpose after his kingdom was destroyed in an attack by a sellsword named Werner; Primrose, a dancer and former noble seeking revenge against the Obsidians, a criminal organization that murdered her father; Alfyn, a traveling apothecary inspired to take up his trade after a stranger saved him from a fatal disease as a child; Therion, a thief tasked by a noble family to recover a set of dragonstones belonging to them; and H’aanit, a hunter tracking down her mentor who was hunting a beast named Redeye.”