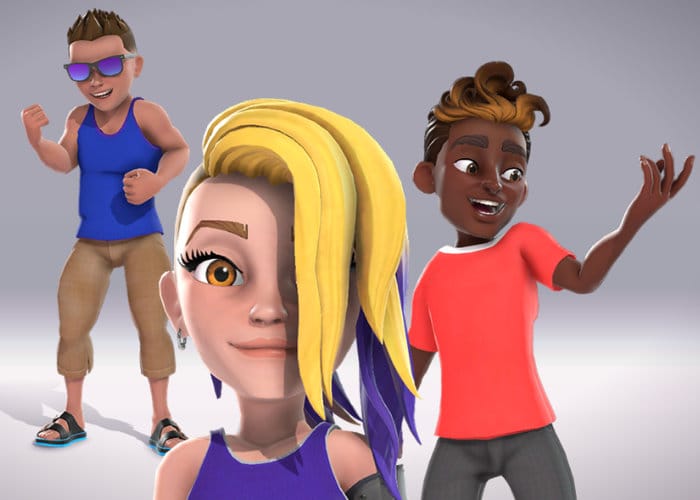 Microsoft’s Major Nelson has today announced that the latest October 2018 Xbox Update has started rolling out today and brings with it plenty of new features, enhancements and the highly anticipated new Xbox Avatars. Check out the video below to learn more about what you can expect in the Xbox October 2018 Update.

The new Xbox Avatars will appear across your Xbox One experience, on your profile, as well as the profile pages of anyone who has chosen to represent themselves as an Avatars. You’ll also find Avatars located on activity feed posts, Friend blocks on the Home screen, Gamerscore leaderboards, club headers, profile comparisons, and more. Microsoft explains a little more “If you prefer your Xbox Original Avatar, that’s okay too! The new Xbox Avatar Editor also enables you to compare and choose which version of the Xbox Avatar best represents how you want to be seen on Xbox Live.”

As well as the new Xbox Avatars a new Xbox kill for Cortana and Alexa personal assistance is also available today throughout the US. Allowing Xbox users to use their voice to navigate and interact with Xbox applications and consoles through Cortana and Alexa-enabled devices.

“With the Xbox Skill, people can use voice commands to power on/off their console, adjust volume, launch games and apps, start and stop broadcasts on Mixer, capture screenshots, and more. For example, if you have the Xbox skill enabled on your Echo just say “Alexa, launch Forza Horizon 4” and this command will automatically turn on your console, sign you in, and launch Forza Horizon 4. Look for the Xbox Skill in the Alexa Skill Store or the Cortana Skill Store to get started. To set up Alexa, just say, “Alexa, open Xbox” and to set up Cortana, just say, “Hey Cortana, open Xbox”, or search for “Xbox” in the assistant skill store.”

Other features rolling out today in the October 2018 Xbox Update include Dolby Vision video streaming on Xbox One and New languages for Narrator. For more details on everything included in the latest Xbox update jump over to the official Major Nelson website by following the link below.