A new augmented reality engine has been developed by Harmonypark, a so-called “cultural construction company.” It is called the Obvious Engine. 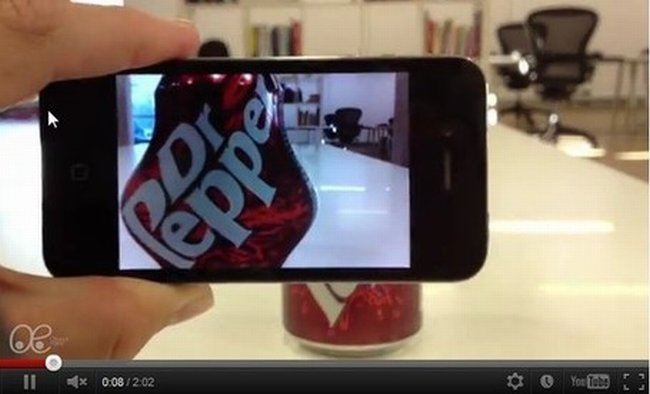 Using cameras and 3D tracking, the engine recognizes the natural features of actual physical objects. It then uses this information to assess where to place certain animations, thereby changing the image as it is perceived through a device in real-time.

Obvious Engine’s technology is a deviation from earlier augmented reality innovations such as Layar’s Layar Vision because using Obvious Engine, there will be no need for glyphs or markers. Obvious Engine also boasts of 30fps tracking in different lighting conditions, whether optimal or not. Moreover, included in the software are Open GL as well as Unity 3D, allowing for integration with Apple’s iOS.

A demo video is currently available showing a Dr. Pepper can transforming its shape in real time while shown through an iPhone. The main use of Obvious Engine currently is for independent game developers and digital artists. It also finds application in architecture, medicine, navigation, and marketing, and entertainment, among others. Applications are also expected to increase as more augmented reality engines push further the limits of this new kind of technology.