If you are looking forward to the release of the new Oblivion movie this month staring Tom Crusie and directed by Joseph Kosinski, which is based on his unpublished graphic novel of the same name edited by Radical Comics.

You are sure to enjoy this 21 minute Oblivion movie featurette which has been released to whet your appetite a little more before the films release. Watch the video after the jump to see it in action. Enjoy! 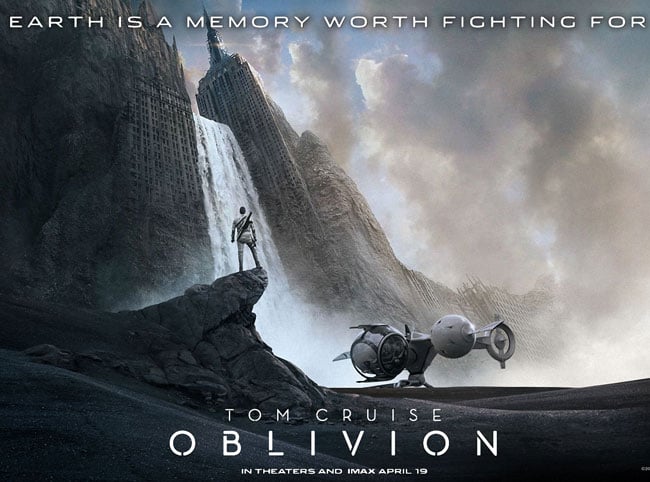 “Following an alien invasion 60 years earlier which nearly destroyed the Earth, former Marine commander Jack Harper (Tom Cruise) is drone mechanic 49, one of the last few humans stationed on the planet. Jack lives in a tower standing thousands of feet above the Earth where he and his colleague Victoria (Andrea Riseborough) are part of an operation to clean up the remaining forces of the invasion and extract the planet’s remaining resources.

Jack suffers from recurring dreams and flashbacks, featuring images of New York before the invasion and an unknown female. Assisting Jack in his cleanup work are weaponised ‘drones’, sophisticated airborne machines that scour the landscape for, and destroy, alien lifeforms.”

The Oblivion movie will be released in the UK on April 10th 2013 and will be arriving into e US on April 19th and has a budget of $120 million.