Over in Computex 2010 NVIDIA has demoed a beast of a graphics card, a prototype Dual-GTX 470 video adapter proving that it is possible to create a Dual-GF100 adapter. Even though this hot hand power hungry oversized will probably never see production it is one sweet piece of kit. 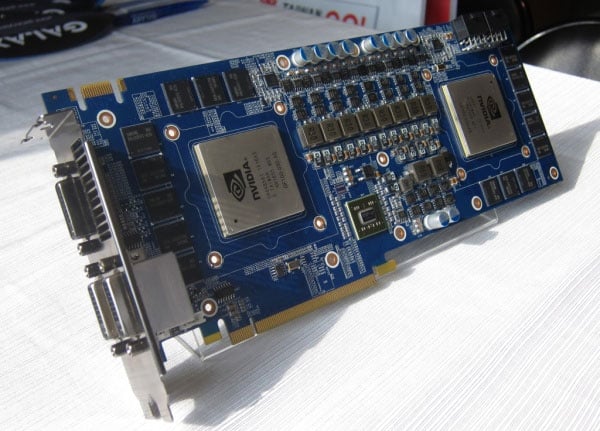 Within the Dual-GTX 470 the two Fermi dies reside on the same board together with the upgraded components and GDDR5 RAM. It measures 12 inches in length and is currently being demoed by add-in board partner Galaxy.

Clock speeds unfortunately haven’t been released, but Galaxy did, confirm the power consumption for the dual-Fermi is twice that of the GTX 470, approximately 430W, 2 x 215W which would take a whopping PSU to power.