It seems that NVIDIA has a new version of their Tegra 2 processor which they intend to launch at MWC 2011 next month, the NVIDIA Tegra 2 3D, which is designed to be used in smartphones and gadgets that use a 3D display.

A slide from a NVIDIA presentation has been leaked which shows use some of the specifications of the NVIDIA Tegra 2 3D processor, and it will be a dual Cortex A9 1.2GHz processor with 3D support for both smartphones and tablets. 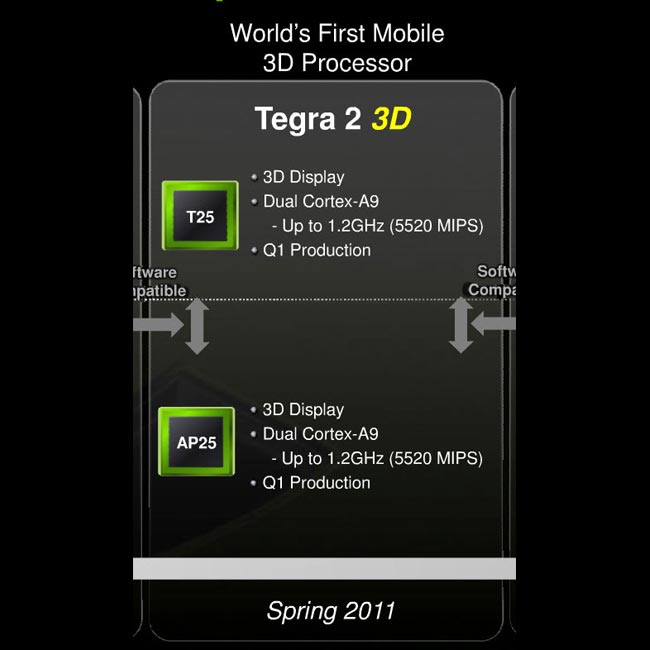 This certainly sounds very interesting, and with the recent official launch of the new Nintendo 3Ds it looks like we could possible see a new range of 3D handheld devices launching this year.