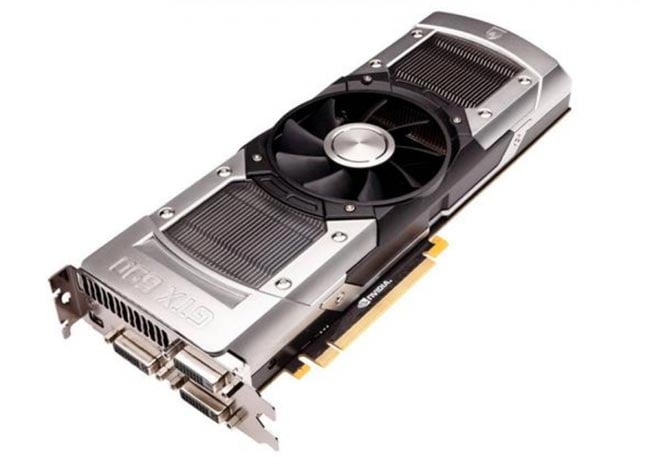 The GTX 690 is powered by a total of 3,072 NVIDIA CUDA® cores, all working to deliver awesome gaming performance for ultimate gaming setups. Designed for the discriminating gamer and ultra-high-resolution, multimonitor NVIDIA Surround™ configurations, the GTX 690 delivers close to double the frame rates of the closest single GPU product, the GTX 680. Plus, it is more power efficient and quieter when compared to systems equipped with two GTX 680 cards2 running in NVIDIA SLI® configuration.

The NVIDIA GTX 690 will be available for $999 when ti goes on sale on the 3rd of May, although it looks like limited quantities on that date, with a wider release coming on the 7th of May.