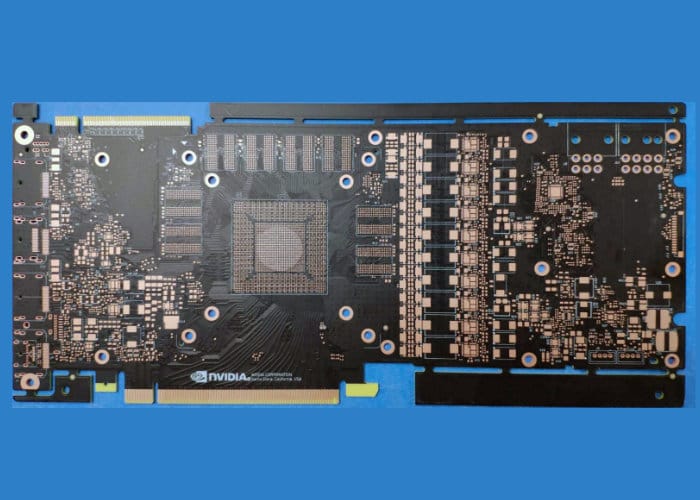 With rumours circulating about an announcement by NVIDIA for their new NVIDIA GeForce GTX 1180 graphics card, this week and NVIDIA PCB has been leaked providing a first glimpse at what could be the NVIDIA GeForce GTX 2080/1180 PC.

Apart from the photos very little information has been leaked but as you can see from the images above and below the new card will sport either 8GB or 16GB of GDDR6 memory. The card has 10-phase VRM powered through 6+8pin power connectors (the 6-pin might be optional). In comparison, the current GTX 1080 has only one 8-pin connector for power.

The video cards website explains a little more “This is not a custom board, as the board model and NVIDIA logo suggest that this is a reference PCB. The new SLI fingers might be an implementation of NVLink for gaming cards.The pinout for the GPU is rather small, likely for the GV104 processor. The board number is PG180. The certification logos indicate that the board is final.”

NVIDIA has already announced a press conference later this month taking place on August 20th 2018, during which it is expected to launch its new and highly anticipated NVIDIA GeForce GTX 1180 graphics card. As soon as more information comes to light or is officially announced by NVIDIA we will keep you up to speed as always.