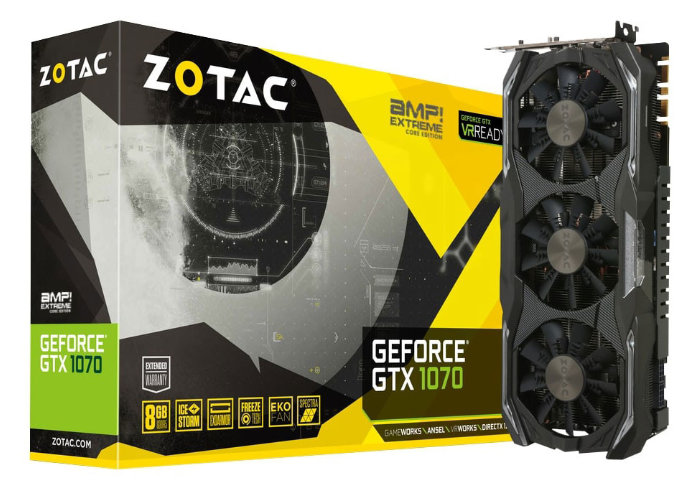 Earlier this week NVIDIA also announced the availability of their new GeForce RTX 20 series graphics cards providing up to 24 GB of processing power with the flagship graphics card available to purchase for an eye watering $2,500. 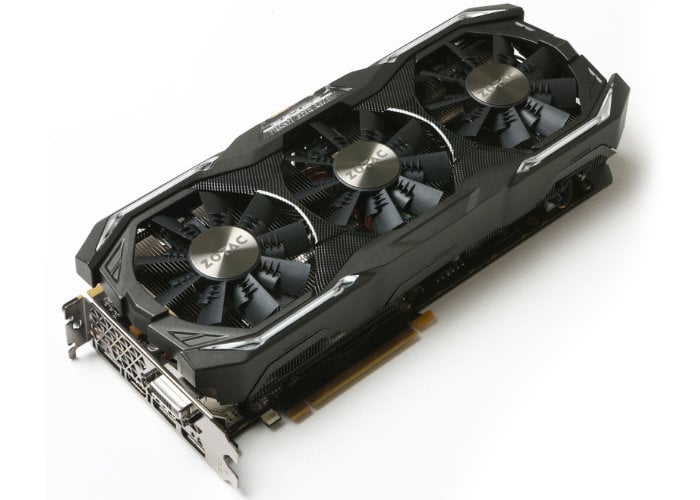 NVIDIA is now rolling out the newer memory to the older cards to improve performance and ZOTAC is among the first NVIDIA add-in card partners ready with one such cards, the GTX 1070 AMP Extreme Core GDDR5X model reference number: ZT-P10700Q-10P. The Tech Power Up website explains more :

“Much like the GTX 1060 6 GB GDDR5X, this otherwise factory-overclocked ZOTAC card sticks to a memory clock speed of 8.00 GHz, despite using GDDR5X memory chips that are rated for 10 Gbps. It features 8 GB of it across the chip’s full 256-bit memory bus width. The GPU is factory-overclocked by ZOTAC to tick at 1607 MHz, with 1797 MHz GPU Boost, which are below the clock-speeds of the GDDR5 AMP Extreme SKU, that has not just higher 1805 MHz GPU Boost frequency, but also overclocked memory at 8.20 GHz.”