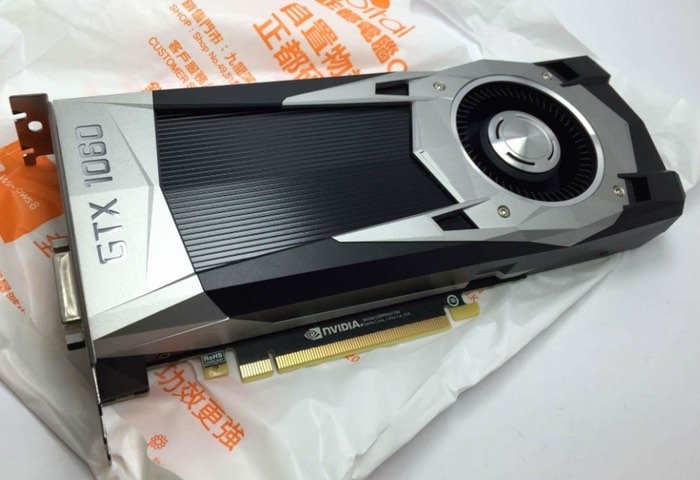 Before NVIDIA has had a chance to officially launch their new GeForce GTX 1060, a leaked photograph has revealed more about its design and styling and reveals that the reference design cooler is slightly different to that which has been included on the GTX 1080 and GTX 1070 graphics cards.

NVIDIA has also made the PCB shorter on the GeForce GTX 1060  and rumoured specifications indicate that the graphics card will be available in two different models offering both 3 or 6GB of graphics processing power.

The VR’s own website explained that based on the new NVIDIA GP106 architecture, the card is expected to have a TDP rating between 100 to 125W and “NVIDIA will be pitting the GeForce GTX 1080 against the Radeon RX 480 from AMD”.NVIDIA is expected to release more details during July 2016 and is also expected to launch the new graphics card priced at around $250, although this has not been confirmed by NVIDIA.

As soon as more specifications and details are announced next month we’ll keep you updated as always.