NVIDIA announced its latest Tegra processors a while back, codenamed Kal-El, and now it looks like the first tablets to feature the new quad core processors will launch by the end of the year.

Jen-Hsun Huang, NVIDIA’s CEO has confirmed that the first Kal-El powered quad core tablets, which will run Google’s Android Honeycomb will launch before the end of 2011, although no details have been released as to which manufacturers will produce the first tablets. 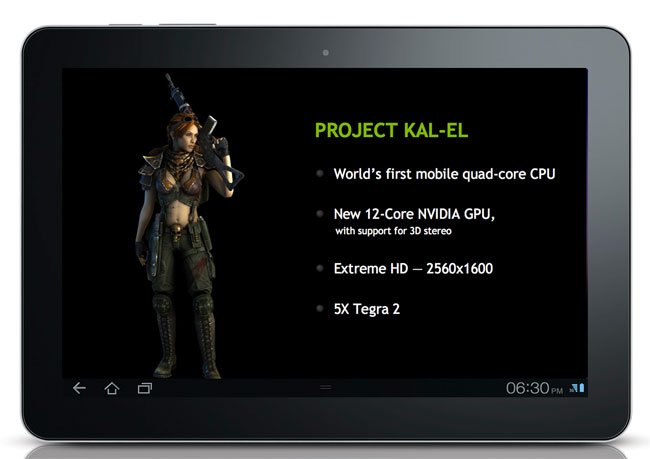 He also said that the first smartphones which will run the quad core Kal-El processor are expected to launch in early 2012. We have already seen a demo of a Honeycomb tablet with a Kal-El processor, which looks impressive.